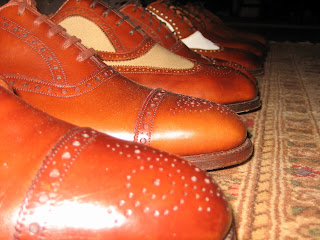 There's recently been an interesting discussion on Style Forum regarding the history of Edward Green's various lasts. One member rummaged through the archives and found an old post from Tony Gaziano, a well-regarded shoe maker in his own right (as one half of the team of Gaziano & Girling), who previously worked at Edward Green and designed the equally well-regarded 82 and 888 lasts.

Gaziano briefly described the evolution of the Edward Green lasts, beginning with the 32 and working all the way up to the 888. As one rarely sees the entire range of lasts together, I thought it would be useful to present the various lasts side-by-side (in so much as it is possible - I myself don't have models for each last Gaziano referred to) which certainly helps to visualize the natural progression from the round-toe of the 32 last to the more chiseled 888.


Here is what I was able to come up with: 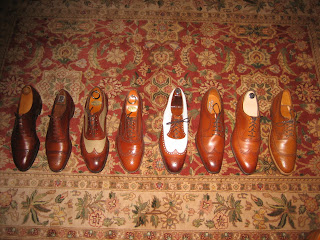 Below is a close-up dividing the full display into smaller groups. As Gaziano pointed out, the 32 and 33 were the parents of the 202 and the 606. The 32 has a rounder toe, and the 33 was a square-toed version of that last. The 202 evolved from the 32, and the 606 was a square-toed version of that 202. Unfortunately, I don't own any Edward Green shoes on the 606 last, but the relationship between the 32, 33, and 202 is easy to see here. I've also included the Malvern made for Brooks Brothers on a special 346 last because, as you can see, that shoe has a rounded toe that is quite similar in design to the 202 last. 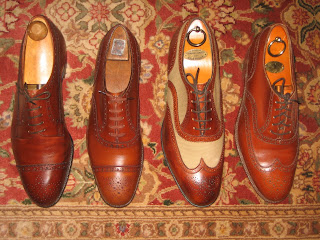 From left to right:
Captoe Longwing for Wildsmith, 32 last. 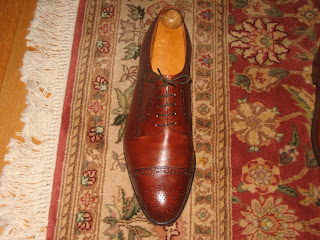 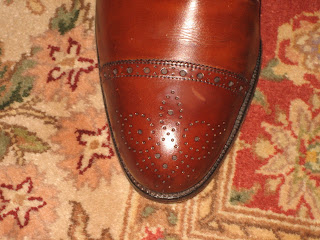 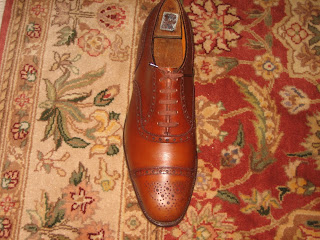 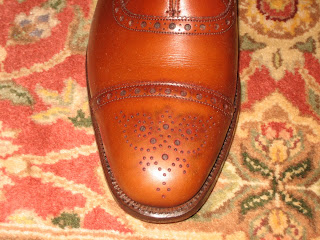 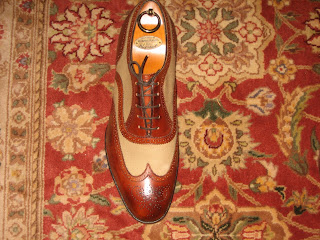 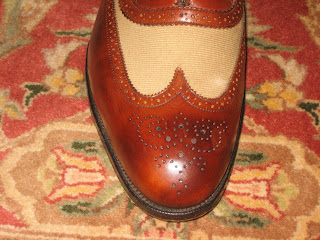 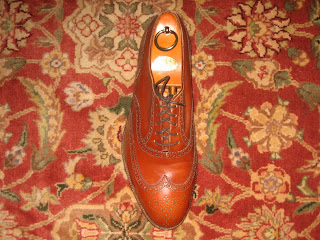 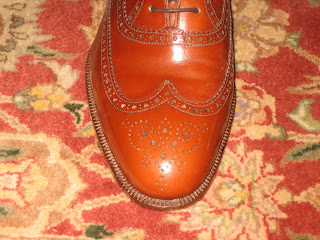 Unfortunately, this is where the gap in my collection appears. Gaziano referenced the square-toed version of the 202 last, the 606, which I have never actually seen in person. In addition, the very popular 88 last (often referred to as "The Great 88") was added to the expanding list of lasts, with its square-toed derivative being known as the 808.
Here is where our photographic exhibit picks up again. That 808 last apparently didn't work very well, according to Gaziano, and was subsequently refined and produced for Ralph Lauren as the 89 last. And here is where Gaziano's talented hand  comes into play with the development of the 888 last, which was derived from the 202 last but with a more elongated, narrower toe box. From the 888, Gaziano then developed the 82 last - a round-toed version of the 888. You can see these lasts in the image below. I've also included the 201 last at the far right, because (to my eye anyway) that last appears to be quite similar in style to the 82. 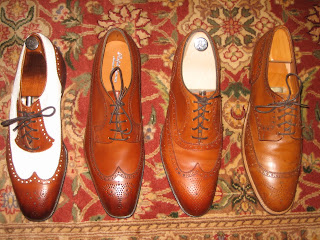 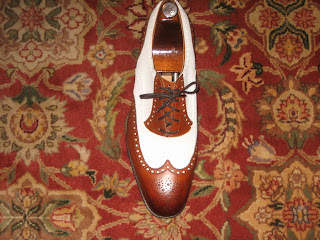 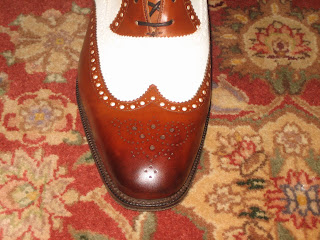 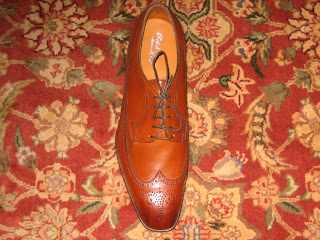 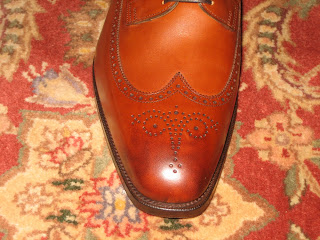 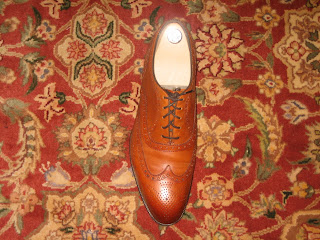 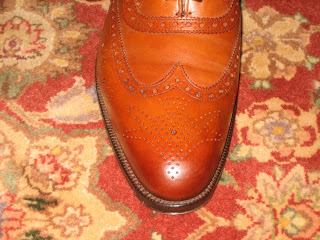 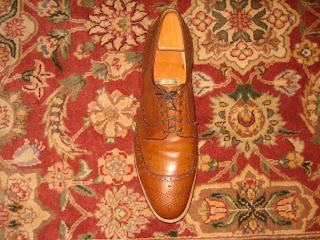 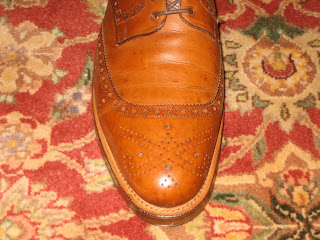 Obviously, shoe enthusiasts will have a different perspective and personal preference regarding round versus squared, or elongated versus short. However, with the ability to choose from such a wide variety of elegant lasts (while some of these lasts are obsolete/defunct/ no longer in circulation, my understanding is that the lasts are available through Edward Green's Made To Order program), there is certainly something here for everyone. 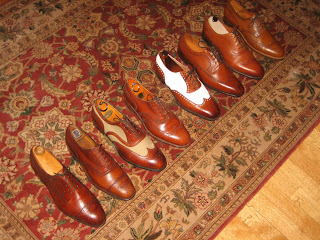